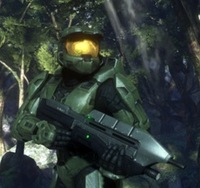 Amazon has released their list of the Top 10 Fantasy and SciFi Genre Related DVD Sellers in June, 2007. Here’s the list:

It is absolutely insane how mainstream science-fiction has gotten: almost all of the top ten genre DVDs are sci-fi television season DVD sets (including Stargate SG-1, which was recently canceled).

What we’re looking at is not only a renaissance of science-fiction in Hollywood, but a new business model for television: it’s getting to the point where a weekly episode is just an hour-long trailer for the eventual DVD release. At what point will television shows be cancelled or renewed based solely upon the last season’s DVD sales?