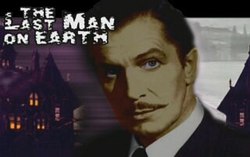 What’s the most important ingredient in a horror movie?

You got it. While some might want to argue that a horror movie should first and foremost be scary, the truth is that if it’s not atmospheric it doesn’t matter how many shocks it delivers; it still won’t stick in your head after the credits have rolled.

Want proof? Just think of the scariest horror film you ever saw. Not the most unpleasant; not the least tasteful; not the most violent… but the one that most got under your skin. The one you just couldn’t stop thinking about — and which, after a while, you realized you didn’t want to stop thinking about even if you could. I suspect that whatever movie this happens to be, it sticks in your head not because of how much it frightened you when you first saw it, but because of a certain Something Else that hovered around the edges of the scary scenes. A certain Something Else that can’t really be described with words at all — but for which "atmosphere" does as well as any.

One of the more interesting things about atmosphere in horror movies is that you can usually tell within a second or two after a film has started whether it’s going to have any. My own biggest complaint about 80’s horror films (see last week’s discussion) is that they’re very often short on atmosphere.

The most abrupt atmosphere drop-offs usually occur with sequels. When we go to see the sequel to a good horror film, it’s that first, atmosphere-free shot that most slaps us in the face. It’s usually nothing we can put our finger on that’s missing. But… something definitely is.

One reason 1964’s The Last Man on Earth (about which, as the Will Smith vehicle I Am Legend gets closer to theaters, we will no doubt be hearing more) interests me is because it is one of those strange films that, while not really all that good in many ways, is extremely atmospheric. Hence, even though it’s not a good movie, it is a good movie — if you follow my drift.

What’s not atmospheric? CGI. Or at least, indiscriminately used CGI. Too much computer processing and effects is like a toxic spray that kills atmosphere dead on the vine. That’s why – or a big reason why – the original version of The Haunting was atmospheric and the remake wasn’t. (That list goes on and on…)

Of course, some CGI-heavy films manage — just — to be atmospheric all the same. One reason why I’m a fan of The Ring (the American version) is because it somehow manages to be an atmospheric film in spite of the fact that its big budget should have prevented it from being so.