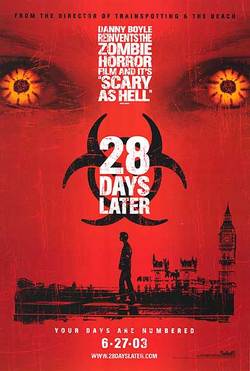 Is it alive or is it dead?

It’s a timeless question, both in real life and on the silver screen.

Ambiguity about whether something is alive or not lies at the very heart of what scares us. Anthropologists will tell you that the possibility of the dead returning to life is hardly a purely modern concern. Primitive communities were worrying about the possibility thousands of years before the first zombie feature was made.

Not that zombies are the only monsters that key into the dead/alive question. Mummies, vampires, and Frankenstein-like creatures cobbled together from bits of dead bodies all speak to this ancient fear.

When Colin Clive (Dr. Frankenstein) shouted his possibly-most-famous-horror-line-of-all-time (“It’s alive!”) in James Whale’s original Frankenstein, theater-goers reacted with a truly primordial fear. Deep down inside us, we know the dead aren’t SUPPOSED to be alive. So when we see a dead hand move or a dead eye open, it hits us at a spot we have few defenses against.

Of course, Frankenstein came out in 1931, and ever since Hollywood (not to mention Italy) has been inundating us with dead-things-that-are-alive. It’s harder – much harder – for audiences nowadays to experience that same deep-down tingle of pure terror when the dead come to life.

Which may be why – in zombie films especially – the ante keeps being upped. It’s no longer good enough to bring the dead back to life to scare us. Zombies these days have to be able to sprint like athletes and have the strength of superheroes.

I know how my associates here feel about speedy zombies — as in the infected in 28 Days Later — but for my part I have to say that they’re okay. The idea that you actually get stronger when you come back to life is, after all, a time-honored one in horror movies. As a kid, I was especially keen on super-strong vampires like Christopher Lee in the Hammer films, and the urban fiend who gave Carl Kolchak (Darren McGavin) such a hard time in 1972’s made-for-TV masterpiece (and secret serial-killer-movie inspiration) The Night Stalker. When the vampire started throwing Kolchak around like a paper doll, my friends and I experienced a weird combination of fear AND admiration.

Man, that was one strong vampire.