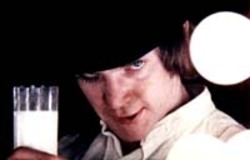 Trust, as the characters in more than one horror and science fiction film will tell you, is a risky business.

Just ask semi-recovering alcoholic Jack Torrance. Like so many drinkers, Jack has self-esteem issues. He may fancy himself a writer, but what has he ever produced to back up that claim?

That’s where the Overlook Hotel comes in. As Jack’s higher power — the God-like entity that recovery literature suggests all drinkers need in order to quit — the Overlook provides him with just that sense of empowerment and self-worth – of being somebody – which the outside world has so irritatingly refused to grant.

Unfortunately, this boost in self-assurance comes with some strings attached. Taking orders from the House turns out to be not only bad for Jack’s sobriety, but for his sanity as well.

By the time he got to The Shining, Stanley Kubrick had already addressed the who-or-what-do-you-trust issue in a surprisingly similar fashion in 2001: A Space Odyssey. There the higher power in question is technology – though technology of an inspired and, perhaps, semi-divine nature. The scenes in that film in which Keir Dullea addresses the increasingly unreliable – and perhaps downright malevolent – computer HAL, are strangely similar to the early scenes in The Shining in which the Overlook is shown slowly winning Jack over.

Untrustworthy higher powers run through Kubrick’s non-sci-fi and horror films as well. There’s a certain look that many of Kubrick’s most memorable characters make – head turned down but with eyes looking up, as if taking orders from a dangerous but hopelessly seductive commander – that seems to sum up the whole trust-power dynamic as Kubrick saw it. For Malcolm McDowell, who gives the definitive version of this look while listening to Beethoven at the Milk Bar in A Clockwork Orange, the power in question is violence, just as it is for tubby, pre-Law-&-Order Vincent D’Onofrio, who gives his take on the Kubrick Look in the bathroom scene in Full Metal Jacket. For Tom Cruise in Eyes Wide Shut, meanwhile, it’s sex.

All of us, Kubrick seems to be saying, want to be swept up by a force infinitely larger and stronger than ourselves —  one that will transform our identities and turn us into god-like beings. Handing ourselves over to such agencies comes, however, at a price. Both 2001 and The Shining close with shots of their main character’s face after the higher power in question has had its way with them. For Keir Dullea the apotheosis is basically a positive one. Not so for poor old Jack.

Speaking of the horror/science fiction overlap, this trust issue was extensively explored in both the horror and science fiction comics put out by EC in the fifties (a series which just recently received its finest repackaging yet). Kubrick knew the EC stories, and one of The Shining’s most memorable effects, for me, is the way the ragged, unshaven, late-in-the-game Jack who shambles around the Overlook actually looks like he has been drawn by EC artist Jack Davis.