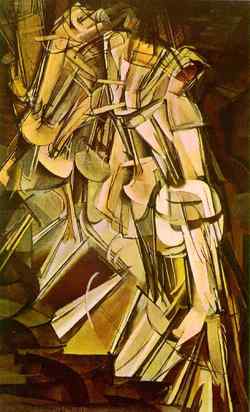 File this under the Todd thinks it’s cool category.

So, folks in film school know that most film, and I’m talking about the actual stuff, the stuff they roll up into the cans and load a camera with, is shot at twenty-four frames a second.  What that means is there are twenty-four of those little squares with pictures on them for every second of time that passes.

You’ve all seen film spooling out or even held it.  In the old days (and surely even today) the guys in the projection booth would sometimes take a fancy to, say, a woman in a movie and he would physically cut out of the film one of those squares, sometimes two or three, and then he would splice the film back together.

So, you would have, say, three twenty-fourths of a second missing from the movie, which the eye would register as the tiniest of jumps.

Speaking of, take the leap for the rest of this.

So, back in the day, prints of a film would travel around the country, especially horror or exploitation films, since they made fewer copies of them, and sometimes by the time a copy of a movie got from, say, Sacramento to Albany so many projectionists had cut out individual frames of women or monsters or anything they liked that minutes of time would be just missing from the movie.

I mean a 24th here and a 24th there adds up to real time after a while, so you would have to stick in those famous "scene missing" cards or you would just see someone beginning to take off their robe and then suddenly in the kitchen cooking breakfast.

What did the projectionist’s do with those tiny squares?  Well, they would mostly pin them to a corkboard above their desk or put them in their wallet, but some of the more ambitious ones would splice them together with the other little stolen fractions of a second and make a whole reel out of them.  So you would have a little movie made up of lightening-quick scenes of girls screaming from a hundred different movies.

These strange collections are called "projectionist’s reels" and are super-collectible.
There’s supposed to one floating around with rapid-fire vampire images from sixty years of vampire movies.  That would be hardcore to watch.  I’d love to see one.

I guess when you’re locked in a dark booth above everyone else in the theater and alone all of the time,it would be pretty tempting to cut out a fraction of a friend.

Oh, the picture at the top of this is Nude Descending a Staircase by Marcel Duchamp.  I thought the way she kind of copies herself as she walks down the stairs sort of represented a bunch of frames.  I dunno, a highbrow concept for a lowbrow subject.  I don’t know much about art, but I know which twenty-fourth of a second I’d cut out of it.