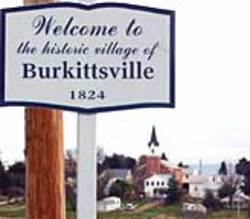 Thank heaven for horror movies. When I feel I’m slipping out of touch with the natural world, help is as close as my DVD player.

Okay, that’s sort of a joke. But in another way it’s not. Movies – especially horror movies – have played a very big role in shaping the way I see the world, and that definitely includes the world of nature. A short list of natural scenes that immediately make me think of horror movies would include:

Rivers (Deliverance, Carnival of Souls)
Fields (Night of the Living Dead)
Forests (Blair Witch)
Oceans (Jaws)
The starry heavens above (Alien)
The ground beneath my feet (The Vanishing)

Though nature is usually scary in horror films, it’s also often showcased to exceptional effect. Horror movies, in fact, feature some of the most beautiful and haunting natural imagery in all of cinema.

Take Kaneto Shindo’s 1964 masterpiece Onibaba. Shot largely on location in an endlessly rustling sea of pampas grass, this supernatural tale of a Japanese peasant woman and her daughter fighting to survive in war-torn 16th-century Japan is (in spite of all the human ugliness that takes place in it) one of the most consistently beautiful looking – and sounding – films ever made.

Then, of course, there’s (sorry, Todd) the original Texas Chainsaw Massacre. There’s something about that film’s super-saturated colors that capture the deep blue sky and high white clouds of a rural Texas summer day more effectively than any other film I’ve ever seen.

These days, though, it’s not as easy to appreciate nature in horror films as it used to be. The reason? The rampant cancer of CGI. Natural imagery that’s been fussed with and fed through too many processors just doesn’t look like nature anymore. As a matter of fact, it doesn’t really look like anything.

But horror films that showcase nature effectively are still out there. One reason Larry Fessenden’s super-low-budget Wendigo was so effective was its use of good old-fashioned, un-messed-with shots of the winter woods in all their plain, creepy glory. As Fessenden obviously knows, few things are as compelling — and unnerving — as the woods at night.