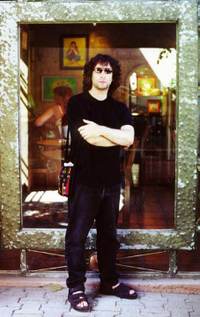 H.G. Wells is justly revered not simply by genre enthusiasts but by literary greats. Vladimir Nabokov was a fan. It’s hard not to look at Wells’ work and see a truly visionary mind: although his prose lacks flourish, Wells’ fiction laid the backbone for science-fiction through a staunch journalist’s belief in the power of science.

Wells seems painfully aware that many of his most effective short stories were not explorations of character and event, and was uncomfortable with this. He need not have been. They work because they lack, sometimes, plot, often, character. What they have instead is brevity and conviction. The world of the finest of Wells’s short stories is one of possibilities, of breakthrough in science or society or of the unknown which change the world…. The stories, particularly the more fantastic of them, are most easily read as if they were postcards from an alternate future that is already past.

If you’ve been eager to revisit some of H.G. Wells’ stories outside of a forced junior high school environment, Gaiman’s essay will only whet your appetite. At that point, it’s worth going over to Project Gutenberg: all of Wells’ stories have slipped into the public domain. Your cup runneth over.

Back to the Future [Times Online]