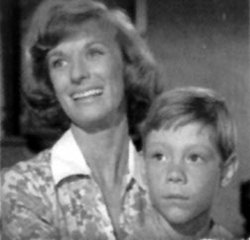 “I think we should wait and see what happens with the Ritalin.” – Regan’s doctor in the original Exorcist

Todd’s post on It’s Alive has me thinking about children – in particular, what makes them scary (both in real life and on the screen).

Are children ever really innocent?

As a former child myself I have my doubts. When, as a kid, I saw Billy Mumy’s archetypal Bad Child in the classic Twilight Zone episode “It’s a Good Life,” I recognized a lot of Mumy’s character traits (cruelty, small-mindedness, tyrannical egocentricity) in myself. Mumy the child actor had a certain basic rottenness that captured the bad component that most children recognize in themselves. The same quality is to be found in Harvey Stephens’ turn as the toxic, silver-spoon-fed Damien in the original Omen. (The nasty little brat in 2006’s remake tries hard but can’t, despite some excellent Little Lord Fauntleroy outfits from the costume department, quite equal Stephens’ charismatic unlikable-ness.)

Lord of the Flies might or might not be a horror film depending on which dictionary you consult (I think it qualifies as one myself), but there’s no question that the primary message of that film (children aren’t innocent) is the same one delivered by most of the greatest horror films featuring bad children, from The Bad Seed to Village of the Damned right on up to Seed of Chucky.

On the other side of things, of course, there are those children – like Danny in The Shining and Haley Joel Osment in The Sixth Sense – who far from being evil are the sole repositories of sanity in an otherwise crazy (that is, adult) world. If, as a kid, I knew that I had a certain irremovable Billy-Mumy-ness to my character, at other times I felt more like Danny or Haley Joel’s Sixth-Sense character Cole: that is, the one poor soul in a world full of crazy grown-ups who could see what was really going on.