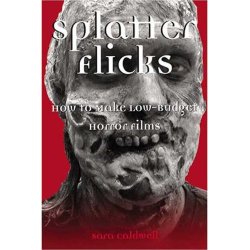 This started out as a reply to the Gold Standard’s post from earlier today, but  it’s turned into it’s own entry.  We skipped our Box Office Numbers of the Beast column yesterday, since it looked like the results were incomplete, but complete they were, Hostel 2 made just around $8.5 million on its opening weekend.

That seems pretty low, but…the budget was only $10 mil, so…it won’t be a loss-leader.  So, it cost a lot less than, oh, say, Grindhouse, and will end up doing pretty well.

We get most of our numbers from Box Office Mojo, by the way.

As has become common knowledge, releasing a movie in the theaters has become the equivalent of what taking a full page ad in the paper used to be.  It’s just a form of advertising for the sale of the DVD.

Of course the biggest success story ever is Blair Witch Project (which has been in the news lately, just scroll down), and they paid for that with couch change and gift certificates.  I don’t know why any studio or anyone would give a large budget to a horror movie when it seems like what people respond to is…cheap stuff.  We like it cheap.

Take the leap for more thrifty thoughts on this.

Maybe part of what appeals to horror fans is the DIY feel of most of the classics.  It’s easy to get some good thrills with a pretty minimal setup.  All you need is a cool idea, a dark room and some cute victims.  Plus, most horror fans are a step away from being horror film-makers themselves.

It’s like with comic books.  The fans all want to be writing and drawing them.

Big budget horror movies with dodgy CGI effects just  cry "sell-out!" to your basement blood mixer, and they don’t appeal too much to living-room laura or her husband out in flyover country, so I don’t know why they take the risk.  Yes, horror sells, but only when it’s cheap and close to something you feel like you can do yourself.

It’s like with records.  The "real fans" want to be the only ones who like a band.  When the band "hits" they jump ship.  It’s elitist and unfair, but that’s how they feel.  It’s that way with horror.  The niche horror fan wants it to be his secret oppressed genre and not out in the open.

Dark things wither in the light.

That analogy really only works if you consider the light to be shining off of a pile of coins meant to represent a big-budget?  I’ll work on it.