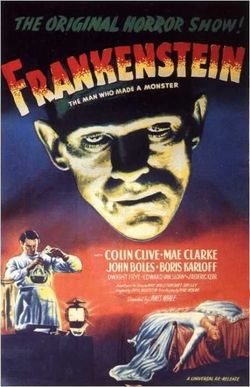 You can tell a lot about a person by the way they walk.

The same goes for monsters. Think way back to the first monster you saw on a movie or TV screen that really scared you, and the odds are that you were scared because it was walking toward you. As Russ Streiner said in the famous opening cemetery scene of the original Night of the Living Dead (as Bill Hinzman staggered toward him and Judith O’dea): “They’re coming to get you, Barbara.” That coming toward feeling is what it’s all about. The sense that we’re not safe — that what’s on screen can find its way to us, no matter how fast or how far we run – is one of those core feelings that the best horror movies rely on to work their unholy magic.

There is any number of different styles of monster walk. Are the arms stretched straight out? Held down at the sides? Or (like both the Creature from the Black Lagoon and the old lady in Room 237 in Stanley Kubrick’s The Shining) are the arms held at the side with just the forearms reaching out? It all makes a difference.

Some monsters move so slowly that realistically there’s no chance of them ever getting their hands on you. Some – like the zombies in the 28 series and Zack Snyder’s 2004 Dawn of the Dead remake – move at a full sprint.

Though Snyder’s super-fast zombies worked for me, for my money the slower creeps are ultimately the most effective. The first genuinely frightening monster walk I remember seeing myself – at age six or so – was Boris Karloff’s definitive heavy-booted lurch in the original Frankenstein.

From the Terminator to the Energizer Bunny, hints of Karloff’s Frankenstein walk are everywhere. Fast, slow, or somewhere in between, just about every monster out there learned its first steps by watching him.