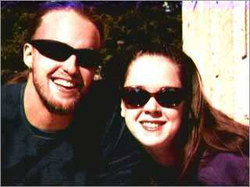 Stupid people. Where would horror movies be without them?

It was stupid for original Blair Witch kids Josh and Mike to keep on listening to know-it-all Heather and not leave the Burkittsville woods when they still had a chance. And – a little later on in the film — it was even stupider for Mike to kick their map into the creek. It was stupid of the space ship Nostromo’s science officer Ash (Ian Holm), to let Lambert, Dallas and Kane (John Hurt) back into the ship when Kane had that baby alien stuck to his face.

Even the doctors are stupid in horror movies. Or maybe dense is a better word. "We still think… the frontal lobe," says the head of Regan MacNeil’s medical team in The Exorcist, long after he should have figured out that Regan’s real problems lie elsewhere.

In Jonathan Mostow’s Breakdown, Kurt Russell gets a stern lecture for his stupidity from menacing redneck M.C. Gainey. “You gotta be the dumbest m***** f***s yet,” says Gainey, who perhaps hasn’t seen any of the Friday the 13th series, where so many people do stupid things that they might as well have named Camp Crystal Camp Stupid instead.

Horror movies need their characters to be dense – at least for a while – just as they need them to suddenly smarten up later on. “You still don’t know what you’re dealing with, do you?” says Ash to Sigourney Weaver in Alien (after Yaphet Kotto has knocked his head off and it’s become apparent that he’s a computer, and hence wasn’t really being stupid letting the alien in after all). By a good horror film’s end, we all – characters and audience alike – know what we’re dealing with: a big, scary world where just about anything can happen.