This browser is supported only in Windows 10 and above.
Posted by Eugene Hernandez / indieWIRE on May 29, 2007

Editor’s Note: This is the final post in the Backroom Bar coverage of Cannes 2007 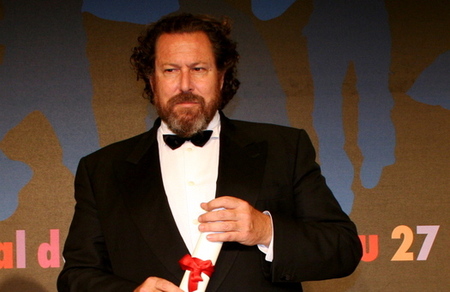 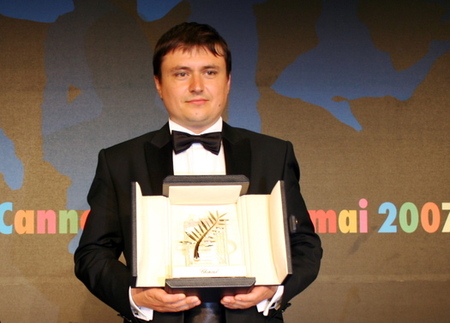 Cristian Mungiu’s "4 Months, 3 Weeks and 2 Days" from Romania won
the Palme d’Or as the 60th Cannes Film Festival came to a close on
Sunday night with winners taking their bows. The prizes were presented
prior to the closing night screening of Denys Arcand’s "L’Age Des
Tenebres," marking the end of the 2007 festival.

"This is the best event that has happened to a wave of Romanian
cinema that (already) began a few years ago," director Cristian Mungiu
said after winning the Palme d’Or for "4 Months, 3 Weeks and 2 Days,"
thanking his fellow Romanian filmmakers and adding, "Without (them) I
wouldn’t be here." Mungiu said that the prize in Cannes was even more
important to him than winning an Oscar, saying that it validates his
work as a filmmaker. A fellow Romanian, Christian Nemescu, won the
award for best film in the Un Certain Regard section for "California
Dreamin’."

"I didn’t make this movie to get a prize," Schnabel said, after
winning his award for best director, explaining that he was hardly
disappointed at not winning the Palme d’Or. "I am very happy that
everybody included me in this club…before I ever directed a movie, I
was a movie fan. I love movies and there are a lot of people that I
have a lot of respect for who have walked up these stairs and showed
their movies here…"

This year, the jury awarded a special prize to commemorate the 60th
anniversary of the Festival de Cannes, presenting a special award to
Gus Van Sant for "Paranoid Park." "We wanted to give the prize to
someone whose film we admired in this particular festival and also (to
someone) whose body of work was incredible," explained juror Toni
Collette during a post-ceremony press conference. On the same topic,
Abderramane Sissako reiterated, "We also gave the prize for the whole
of his cinema."

The complete list of main competition winners at the 2007 Festival de Cannes: