This browser is supported only in Windows 10 and above.
Posted by Ashley Adams / indieWIRE on May 18, 2007 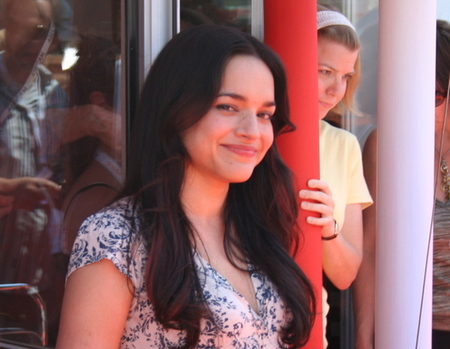 Wong Kar Wai greeted the press and others at the American Pavilion in Cannes today, joining Grammy Award winner Norah Jones,
star of his new film. She was on hand to cut a ribbon for the official
opening of the Pavilion and to join in on a panel discussion. The two
seemed at ease as they answered questions regarding the director’s
first English-language film, "My Blueberry Nights,"
which opened the Cannes Film Festival Wednesday night. When asked about
the experience of her first time acting, the singer/actress said that
she was nervous at first on set but that Wong Kar-wai was a laid back
director who suggested she not try to act. Wong added that he had told
her to think of herself as a singer working with experienced musicians.
When she started to act the rest of them would be able to fall into a
rhythm with her.