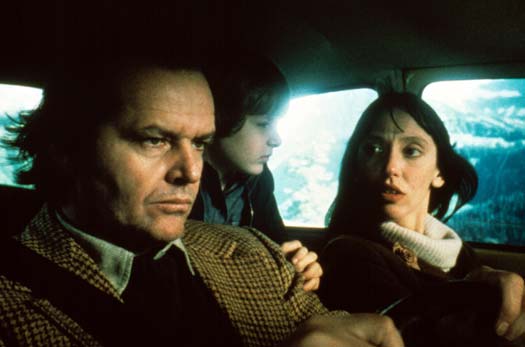 "I’ve got a bad feeling about this." — Countless characters in countless films

Along with jolting me out of my seat (See "Don’t Just Sit There"), to my mind a good horror film has to have a good build-up. If I had to pull a single word from the dictionary to describe the feeling a good build-up gives, it would be "foreboding." Not foreboding in the negative sense, mind you, but in that strange POSITIVE sense of the word that’s unique to the world of horror.

Why is this feeling so strangely addictive? So addictive that I’m willing to watch countless crummy horror films in search of those precious few that will actually deliver it?

I don’t really know. But I do know that all my absolute favorites — from Night of the Living Dead to The Exorcist to The Texas Chainsaw Massacre to The Shining to Invasion of the Body Snatchers (my personal pick of the Invasions being Philip Kaufman’s 1978 version) have it in spades.

Most horror movies, by my count, spend about the first third of the film on the build-up. Others (both versions of Dawn of the Dead, for example) dispense with it almost entirely, yet deliver it with such intensity for a few minutes that you can forgive them for not stretching it out more. Then there are those rare movies — like the original Blair Witch Project — that are almost all build-up.

The only bad thing about a good build-up is that it’s such a tough act to follow. Once hell finally does break loose, it rarely breaks loose hard enough to live up to those glorious minutes of anticipation. (That’s why, I suspect, opinions are so divided about the original Blair Witch. Great horror film or jumpy, jiggly piece of junk? It all depends on whether the film’s revolutionary 90% build-up design works for you.)

My definition of a truly great horror film? One that not only has a great build-up, but that also doesn’t leave you with build-up withdrawal once the action finally starts. Now that’s a short list indeed.