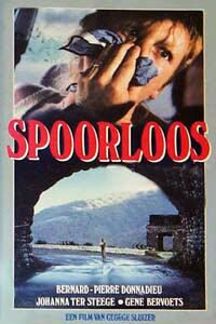 Tragically, however, this fact is all too often overlooked by the people in these films. Nine times out of ten, the couple or group of teenagers who blunder into the territory of the cannibals, serial killers, or evil rednecks out to undo them wouldn’t have gotten into trouble in the first place if they’d just done a better job of getting along with each other. But no, they had to go and argue. Typically, this quarrel leads at least one of the characters involved
to wander off by themselves to sulk… making the
job of whatever has been waiting to get them all the easier. (This even happens in the more high-end variety of horror film. The ill-starred couple in the original Dutch version of The Vanishing comes to mind.)

But it’s not just broken lines of communication between protagonists that causes problems in horror movies. Mass communication devices that could have offered crucial information are also consistently ignored.

First on this list, of course, is the radio. Time and again, people
either talk over it as it tries to warn them of what’s coming, or else
someone turns it off just as the all-important emergency broadcast is
being made. (In Zack Snyder’s Dawn of the Dead, Sarah Polley’s
character performs a double block on the media sources that are trying
to help her. First — in classic fashion — she switches the station on
her car radio just as a report on the zombie virus begins. Then once
she gets home, she hits the shower as her TV
attempts to give her the same news.)

Finally, a word should be said about automobiles. The lives of
innumerable horror movie protagonists could be saved if people were
just a little clearer with each other about WHO HAS THE CAR KEYS. The
cut to the keyless ignition that appears in so many horror films is a
kind of visual shorthand for the basic horror equation: Because you
weren’t paying attention before, you’re in trouble now. (In the
original Terminator, no-nonsense Michael Biehn’s ability to hot-wire
cars with lightning speed reflects his training to deal with a world
where no one will listen to him, no matter how important what he has to
say is.)

Inability to listen and communicate effectively is such a consistent
element in horror movies that one has to wonder whether all these
movies might not be trying to tell US something.

Tom (Keith Wayne) in
Night of the Living Dead might have delivered this message best:

"Nothing’s going to get done with them down there and us up here."