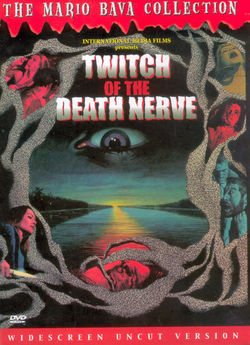 When is a horror film really good, and when does it just seem to be good because we saw it at exactly the right time?

There is, if you ask me, a certain moment – around nine or ten or eleven – when a lot of people see the film that turns them into horror fans. It’s the film that you don’t just watch but live through — the one that’s so real its scenes basically become a part of your own biography. The one that tears a hole in your psyche that, like it or not, the wind will keep blowing through for the rest of your life.

Probably needless to say, the film that did this for me is Night of the Living Dead. This film is so real to me that no amount of publicity shots from Kyra Schon’s website of actors from the film relaxing and enjoying a glass of lemonade in between takes can convince me that it didn’t all really happen.

I may have seen Night at exactly the right time for its army of zombies to be able to march into my unconscious and set up camp there permanently, but I also feel that it’s a great movie in its own right. But there are some other films I saw at around that age that I’m not quite so sure about. Take, for example, Mario Bava’s 1971 Reazione a Catena – also known as, among other things, Twitch of the Death Nerve, Bloodbath, Bloodbath Bay of Blood, Bloodbath Bay of Death, Carnage, and Chain Reaction. This pioneering Italian sex-and-splatter fest – which I haven’t seen in its entirety since the year it came out – has left some indelible images in my head. One in particular, of a woman going for a swim on a lake and – somehow – getting tangled up with a corpse that’s been lying down on the bottom, has come into my head just about every time I’ve gone swimming ever since.

But is Twitch of the Death Nerve actually a good movie? Could ANY movie with as many alternative titles as it has be any good?

Then there’s Narciso Ibanez Serrador’s La Residencia, also known as The House that Screamed and The Boarding School (which, by a wild coincidence, was also released in America in 1971). Like Twitch of the Death Nerve, La Residencia was a pioneering pre-splatter film about a girl’s school where the unbalanced son of the headmistress kills off its students one by one. As with Twitch, I first saw this film at a drive-in with my father, and the film’s climax, in which the son reveals the woman of his dreams (I’ll say no more about her) to his mother, sticks in my head to this day.

Then there’s Richard Fleischer’s See No Evil (aka Blind Terror), starring Mia Farrow and also – by an absolutely staggering coincidence – released in 1971. Mia plays a blind woman in a remote house who’s menaced by a mysterious assailant who kills off her family one by one. If memory serves, Mia runs a bath for herself, ignorant of the fact that the body of one of the victims is lying in the tub. Again, I can scarcely climb into a tub today without thinking about it.

Would I, in my semi-sophisticated, semi-grown-up, no-longer-nine-year-old state, still like any of these films if I went home and watched them tonight? Maybe, maybe not. (I suppose I’ll find out someday, at least in the case of Twitch of the Death Nerve and See No Evil, because unlike La Residencia they’re not all that hard to find). But regardless of what I end up thinking of them today, these films are on that short and all-important list of movies that got in – that were seen at just the right moment that they could go directly into the hard drive of my consciousness and influence the way I thought about the world forever after. The ones that – great, good, bad or indifferent – I didn’t stand a chance against.

(This post was inspired by a reader who suggested that this site carry a list of films that marked viewers for life. If there were such a list, it might aid me in my efforts to figure out exactly what the age-of-viewer/quality-of-film ratio is.)