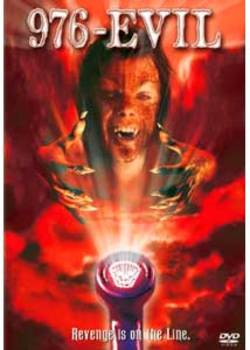 When a movie anticipates a trend and is waiting ready for you to buy tickets to it right when the trend hits, it’s a magical thing.  It doesn’t matter if the movie’s any good, of course, it just needs to be in the right place at the right time.

When the movie is good or fun the magic is doubled, and who doesn’t like double magic?

976-Evil came out right around the same time as some kid was making headlines for racking up a $17,000
phone bill.  It was also the directorial debut of Robert Englund who was all over the place in the late 80’s, since they cranked out three Nightmare on Elm Street movies between 1987-1989.  Right place, right time.  We might argue Disturbia is a trend movie — reflecting our reality-TV-watching, gossip-rag-reading, Paris-passionate voyeurism.  But you might say we’re stretching: It’s hard to call voyeurism trendy for one thing. For another, Disturbia mimics the plotline of Hitchcock’s Rear Window – and that was made 50 years ago.

The flip side of the trend coin is being so much a part of your time and place you’re extra dated, like, oh, say…fear.com which is in the weird position of having seemed already dated at the time it was released and now seems postively ancient.

"Dot com" references were totally a 90’s thing, and fear.com rolled in 2002.  When you hear the title, you think of, like, Nirvana and the Battle of Seattle and all that noise.  I dunno.  What will be the next flick to catch lightning in a bottle?  Maybe we should dial 976-Evil and our "horror-scope" will reveal all!*