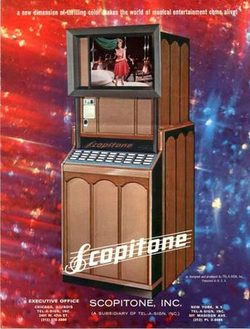 While blow-hard movie executive Harvey Weinstein pretends to have some idea why Grindhouse didn’t shatter box office records this weekend (and really, go here if you want to read the excess verbiage that fell out of his mouth like so many donut crumbs), I’m going to take this opportunity to pick on this misbegotten enterprise one last time before moving on to greener pastures.

Not by actually picking on it or telling you how bad it is, of course — I would have had to actually sit through it to have that kind of knowledge.

Nope, instead I’m going to toss a few links your way that will keep you entertained in an old-fashioned manner without having to reach for the wallet.

So far everyone I know has said the best part of Grindhouse is the fake trailers that play between the two features. So here’s some real trailers for movies. You just saved $11.00 and if you like what you see here you can actually watch the films themselves!

And if you like movies with dirt, scratches, no logic and retro-cool music on the soundtrack, check out these ancient scopitones and see where music videos came from.

Leaving the house to be entertained is severely overrated when you’re a cheapskate like me.