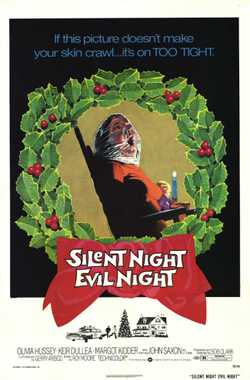 It’s with sadness this morning I’m reporting that director Bob Clark and his son were killed in a car accident yesterday in Los Angeles by some drunken moron driving an SUV in the wrong lane.

Clark first came to notoriety with his patchwork horror classic Children Shouldn’t Play with Dead Things (which really scared the bejeezus out of me as a kid when I first stumbled across it on Channel 9 way back when) and then came the double-whammy of Deathdream (an adaptation of The Monkey’s Paw channeled through the Vietnam war) and Black Christmas (which was recently, dismally reimagined by Hollwood).

Of this prestigious exploitiation trifecta, Black Christmas is the one that still packs a wallop with the creepiest obscene phone calls from a killer ever presented in a film and a chilly, polished professionalism that few would expect from what is essentially THE film that helped establish the template for what would become the slasher genre (although not a gory or exploitative film itself).

Clark is also well known, of course, for Porky’s and the holiday classic A Christmas Story. How one director could become famous for two films about Christmas that are the polar (sorry) opposite of each other is one of those mysteries that makes watching movies even more interesting.

Maybe instead of the U.S. government cracking down on horror films this year to prove how socially responsible they are in wasting our tax dollars, howzabout they do something about prosecuting drunk drivers with sentences that might actually scare people into NOT driving vehicles while incapacitated?

Bob Clark and his son deserved better than this. Everybody does.