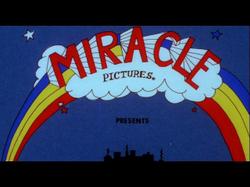 What is it with movie trailers these days? Why do most of them stink?

When I was growing up in the movie theatre (and that’s no joke, folks — about 3/4 of my ill-spent youth was in front of some kind of flickering screen) the trailers were all fun and had voices (ie: styles) as unique as the films they were crafted to sell.

Yeah, maybe the films they were shilling were junk — but so what? The illicit thrill of seeing an R-rated trailer with most of the titillating moments of a films 90-minute running condensed to barely 2 minutes of retina-searing sex and violence was like a friendly-thumb on the theatre fast-forward button.

And before that silver age of exploitation trailers — there was the golden age.

Many of the best trailers for less-than stellar movies you’ve ever seen came from the sure edit-block hand of contemporary genre director Joe Dante when he was concocting trailers for Roger Corman‘s New World Pictures.

While working for the notoriously tight-budgeted Corman (a little love for Roger today, everyone — Grindhouse opens next week and the producers of that film should be sending him percentage checks from now until the end of time — especially as the film opens the day after his birthday!), Dante also got his first shot at directing features like Hollywood Boulevard and Piranha.

Nowadays Joe is a twice-decorated Master of Horror and a successful Hollywood director.

Which is why it’s so nice to see that Joe is hosting Trailers From Hell. Check it out and learn while you laugh.

How many other big-time directors are so appreciative of and well-versed in the history of the exploitation cinema that came before them? Not damn many, I’d say — so bless the ones who do care!