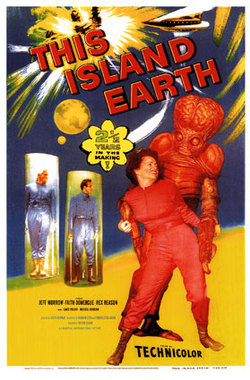 You may not immediately recognize the name of film music composer Herman Stein, but chances are that if you’re someone who loves the classic Universal-International sci-fi and horror films of the 1950’s, you’ve heard his music.

Films like It Came From Outer Space, The Incredible Shrinking Man, The Creature from The Black Lagoon (and both its sequels), This Island Earth, Tarantula, and The Mole People. It’s amazing how many Jack Arnold directed genre classics he scored, but now’s not the time to start touting auterist theories.

For television, he wrote music for the Irwin Allen cult classic series’ Voyage to the Bottom of The Sea and Lost In Space along with other high-profile composers like Johnny Williams (yes, THAT John Williams) and Alexander Courage (the theme from Star Trek, of course, but you already knew that).

As was the studio practice at the time, Stein was rarely credited on many of the over 100 films he scored during his tenure, as it was only the music supervisor of a movie who got on-screen notice while any number of composers might be toiling away beneath them on a single project.