Alexander Rose, author of Washington’s Spies, the book on which TURN: Washington’s Spies is based, talks about what he learned while researching the Culper Ring, who his favorite member of the Ring is, and what it’s like to see his book adapted for television.

Q: What captivated you most about the Culper Ring?

A: The unique aspect of the Culper Ring was that their private correspondence with George Washington still exists and is kept in the Library of Congress. Through these letters, these agents begin to live. In most spy books, a lot of the agents tend to be these faceless, nameless people and you don’t know much about them. But in this one, their personalities shine through. One is very nervous and anxious all the time, another is a little bit of a prima donna, another is a kind of G.I. Joe action-type, and the other is a classy, Yale-educated guy who happened to be best friends with Nathan Hale. You also see a new and different side of Washington himself through these letters.

Q: Since spying is such a clandestine activity, was it hard to track down sources and evidence?

A: There’s a reason why it’s very difficult to write good, sound intelligence history: Spies are not the type of people who habitually keep incriminating documents lying around. That was another one of the rarities of the Culper Ring. They themselves did not keep any copies of any of their letters — they burnt them, because if they were caught with those, it was a very quick trip to the local scaffold. But what they didn’t know was that despite Washington’s promises, his aides would keep copies of the letters that the Culper Ring sent for filing and records. That’s the only reason we still have these papers — without that fluke, we’d know virtually nothing about the Culper Ring.

Q: How did your perceptions of Washington change over the course of writing the book?

A: There’s a mental image of Washington that I call the “One Dollar George.” It’s the image we have of George Washington from the one dollar bill — this kind of wooden-teethed, starchy, tall, very stern fellow. He comes across as humorless, upright and uptight. Whereas when you read what he’s writing to his agents, there’s a couple of things you realize: First, that he really enjoyed spying on the British. He was a natural spymaster at a time when being involved in espionage was basically an amateur activity — there were no professional organizations, and there were no institutional secret services. He was very good at judging men. And the second thing is that Washington stands revealed much more of a real person in these letters. He sort of serves as a father figure, almost a confessor for the Culpers. He pays them, he keeps them under control, and he calms them down when they’re getting anxious and threatening to quit.

Q: Do you have a favorite member of the Culper Ring?

A: I think everybody likes Caleb Brewster because he’s such a gung-ho action guy. He’s the only member of the Ring, by the way, who whenever he wrote a letter would always sign with his real name, almost as if he were daring the British to capture him. Everyone else used code names and aliases and were much more cautious. Benjamin Tallmadge is also one of the great unsung heroes of the Revolution, just a sound, decent, very discreet individual. Without him acting as a kind of middleman between his friends on Long Island and George Washington, there would’ve been no Culper Ring. There would’ve been hardly any intelligence coming out of New York at all. 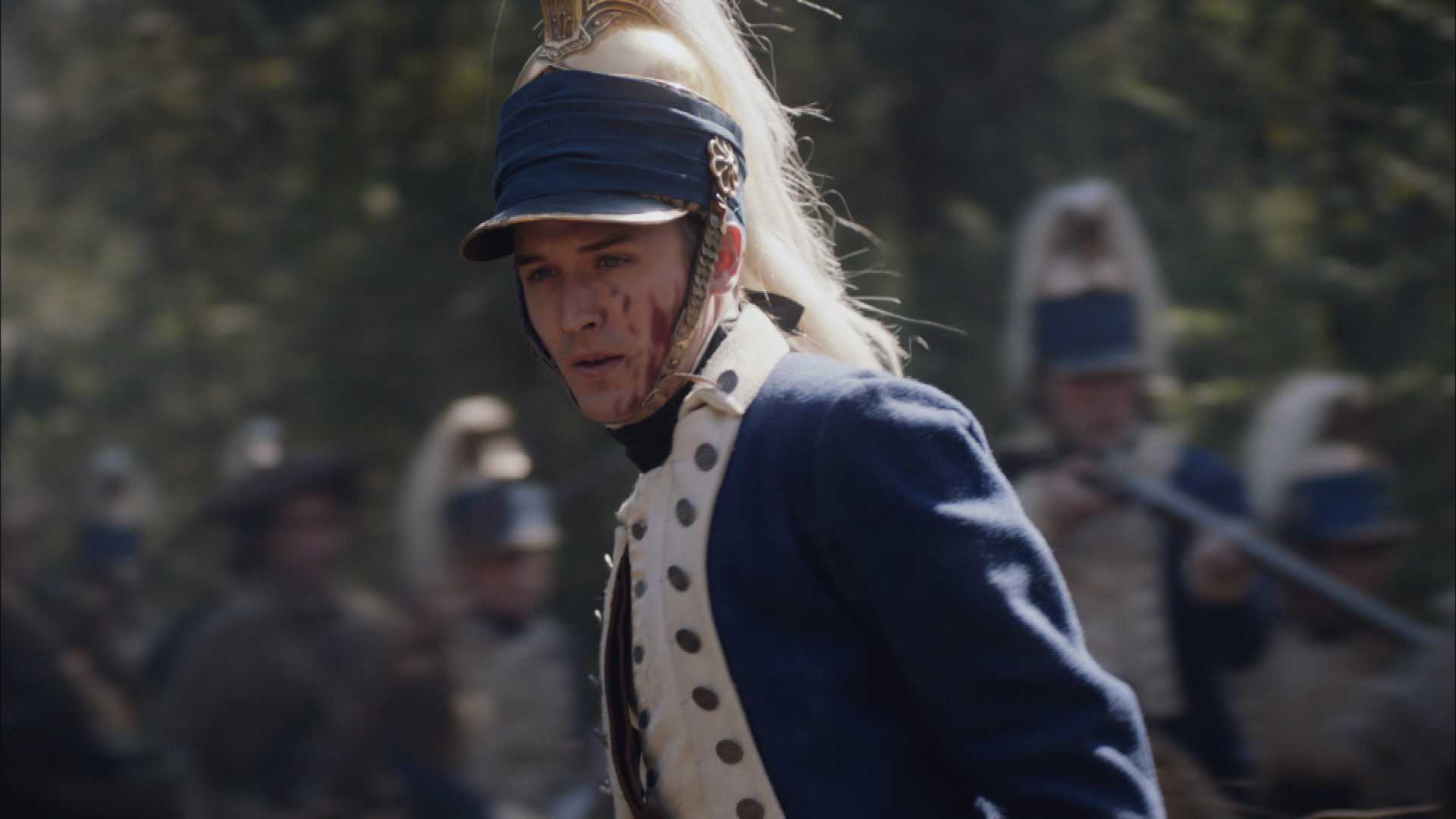 Q: What was your reaction when you first learned your book was being adapted for television?

A: I remember I was in a bookstore with my son, who was I think three-and-a-half years old at the time. We were looking through the children’s books section and we’d already decided which book we were going to buy. But then I was so over the moon [when I got the call about the show], we bought two books. So the little fellow did really well out of it.

Q: What’s it been like seeing the events and people from your book brought to life?

A: It’s actually quite astounding. Aside from one or two members of the Ring, we have no pictures. We have no idea what they look like. So when you see actors bringing them to life and suffusing them with their soul — especially when that portrayal coincides with what I had in my mind’s eye when I was writing the book — it’s actually quite astonishing. And also, when you’re wandering around the set, down in Virginia, around an 18th-century village in a world that you’ve only imagined… to see it recreated like that is one of these rare honors that very few historians get to experience.

Q: Have you spoken to any of the actors about the people they’re portraying?

A: Jamie [Bell] and I emailed back and forth about books that he might want to read. All of the actors took the background seriously and asked a lot of questions during filming. They didn’t just show up for work — they boned up on the background and the history at the time, which is always nice for a historian to find.

Q: How involved have you been in the series so far?

A: I’ve been basically serving as a kind of historical consultant. If the producers or writers have questions about whether something is realistic, I give the best advice I can and they take it from there.

Q: What do you hope viewers take away from the series?

A: I hope they gain an appreciation of an under-examined but very important aspect of the American Revolution. For centuries, espionage has been almost passed over or simply ignored. I think for a while it was looked at as underhanded, or that somehow Washington was cheating. But over the course of the last few decades we’ve realized how important intelligence gathering is to any nation’s security, so I think there’s a greater appreciation for the nuances of the importance of intelligence.