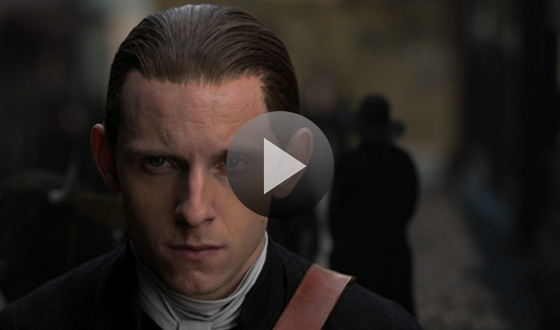 The Season 2 premiere of TURN: Washington’s Spies is less than a month away. Curious to know what’s ahead in the new season? According to showrunner Craig Silverstein, “Season 2 is about seeing the Culper Ring in action. Abe is no longer the reluctant spy. He is the spy who’s doubled down. He’s going to do anything it takes.” Check out the “A Look at Season 2” preview for new footage and more details from Silverstein, executive producer Barry Josephson, and series stars Jamie Bell (Abraham Woodhull), Heather Lind (Anna Strong), Samuel Roukin (Captain Simcoe), Ian Kahn (George Washington), Owain Yeoman (Benedict Arnold), and Kevin McNally (Judge Richard Woodhull), who teases that Season 2 “gets a hell of a lot more bloody.”

Season 2 of TURN: Washington’s Spies debuts with a special two-hour premiere on Monday, April 13 at 9/8c on AMC.