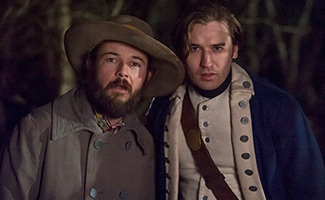 This week, TURN: Washington’s Spies is moving to Mondays and getting an April premiere. Plus, Season 1 will be released on DVD next month. Read on for more:

• Shockya reports that Season 1 will be available on DVD and Blu-ray on March 17.

• Cinema Blend spotlights a deleted scene from early in Season 1 that can be found on the Season 1 Blu-ray.