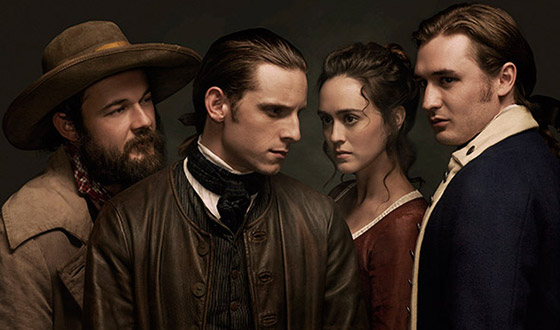 Are you new to TURN: Washington’s Spies and curious to find out what all the fuss is about? Or perhaps you’re already a fan and would like to watch Season 1 again? Starting this weekend, AMC will begin airing encore presentations of episodes from the show’s first season on Saturday nights, following all-new episodes of Hell on Wheels at 9/8c. The encores begin this Saturday, August 2 at 10/9c with the series premiere, “Pilot,” and continue with another episode every Saturday night at 10/9c through October 4.

Want to dive deeper into the series right now? Here are five ways to catch up with TURN: Washington’s Spies online:

1. Check out the TURN: Washington’s Spies interactive character tree to see the relationships of key characters in the series.

2. Explore the TURN: Washington’s Spies interactive map to learn about the real-life locations and events seen on the series.