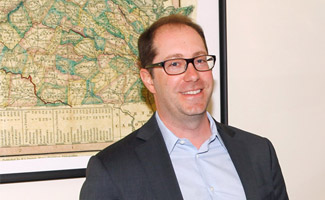 In this interview comprised of questions from TURN: Washington’s Spies fans, Executive Producer and Show Runner Craig Silverstein talks about the greatest challenges of producing a historical drama and shares which character he’d most like to meet in person.

Q: What made you decide to do the series? — Brandi M.

A: It was an opportunity to tell a true story that had never been told until now and to explore a time and place that is, for some reason, rarely explored in movies and TV.

Q: What are some of the greatest challenges of producing a historical drama like TURN: Washington’s Spies? — Joseph B.

A: I think the greatest challenge is trying to reconcile the differences between what we’ve researched to be true and what people were brought up believing is true. One example is Nathan Hale, who’s held up as a heroic spy who said this infamous quote: “I regret that I have but one life to give for my country.” When you really look into it — and there were people there when he was hanged — he actually said something else that wasn’t nearly as poetic. That quote was taken from a play and attributed to him later to prop him up as a hero, though he was in some respects. You’re brought up to believe that George Washington was absolutely perfect when, in fact, he had a lot of interesting flaws.

Q: How did the show get the details about 18th century espionage? — Richard F.

A: A lot of those details were researched in Alexander Rose’s book Washington’s Spies, which I’d recommend to anyone. One of the most surprising things was the secret messages being written on the insides of egg shells.

Q: Other than Washington’s Spies, are there any other books, movies, or TV shows that were sources of inspiration? — Geoffrey O.

A: We watched Barry Lyndon, a Stanley Kubrick movie. It’s not really set in the colonies, but it’s from that time and was the first movie to really shoot using special lenses that could pick up candlelight. Plus, it’s Stanley Kubrick, so the details are researched and incredibly specific. For some of the feel, we watched The Battle of Algiers, which is about the Algerian resistance to the French occupation. It had some similar overtones to the Revolutionary War. The way it was filmed was almost like a documentary — it gave you a very “you are there” feeling, and we wanted to replicate that. For the romance and the technical aspects, we watched The Last of the Mohicans. John Adams was shot in Virginia as well, and some of the sets that were left from that production were so well-built that they were still standing, like the ship that you see in the Pilot that Robert Rogers was later on. That was built by the John Adams set, so we got a lot from them.

Q: Is there any truth to the love story between Abraham and Anna? — Safiyah A.

A: What we do know is that Abe used Anna to pose as his wife on trips to New York, and that’s really the inspiration we took to postulate that they had a romantic relationship. In reality, Anna was married to Selah Strong — who did go off to a prison — and Abe didn’t get married until the war was over.

Q: Do you have a favorite character relationship that you particularly enjoyed developing over the season? – Christina

A: I really enjoyed watching Major Hewlett develop along with Simcoe in their relationship. It was fun and surprising to see [the relationship] grow, and to explore in the season finale. 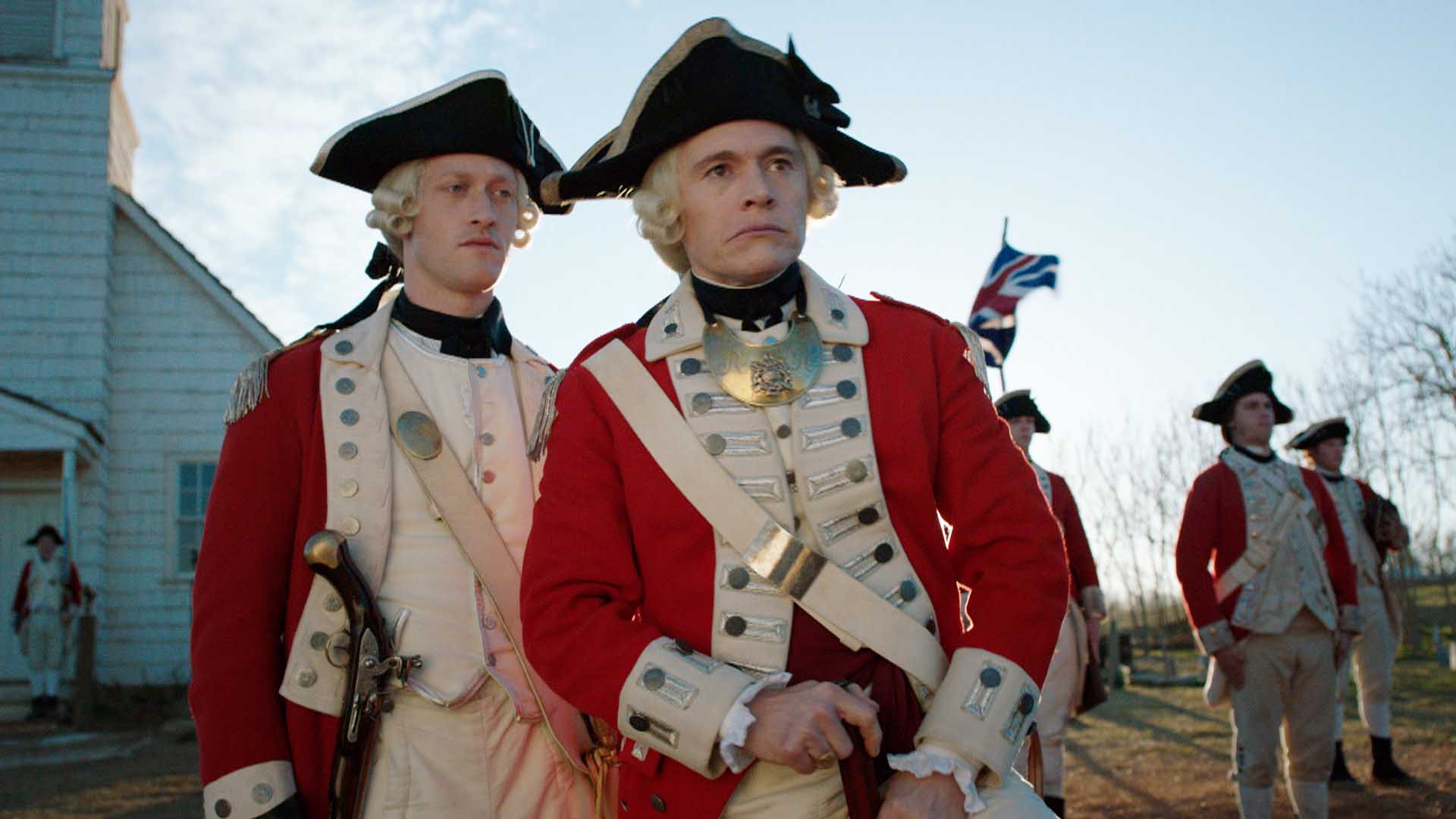 Q: Can you tell us a little bit about your process and rationale in mapping the season-long character arcs, i.e. where you wanted each character to “end up,” and how you balance the historical character with the TURN: Washington’s Spies character’s personality and plot demands? — Sarah’s Toga

A: That’s a good question. We put a chart up on our wall with each episode going down the “Y” side of it, and the “X” side of it being each character name. We don’t fill it in from the very beginning. We aim towards where certain characters should end up, but we’re also open to seeing how that changes. We try to follow history if it’s very compelling, and break from history for the same reason, but we’ll never do something so far out of bounds that it could have never happened.

Q: As a result of all the writing, producing and researching you’ve been doing for TURN: Washington’s Spies, which character or characters would you most like to meet in person and why? Also, which character do you think would adapt and thrive best in today’s modern America? — Long Island Child

A: I would like to meet Richard Woodhull, who’s got his reasons for supporting British rule. If you sit down and talked with him, you’d almost be convinced that he had a very good point at the time. Debating those things with that guy would be a fascinating experience. As for who would thrive in modern America: Anna Strong, being a woman ahead of her time. I think she’d be fitted for a time that is more ready for a woman to take charge and move under her own initiative.

Q: Could you tell us more about the process you used to determine which accents the characters used? — JillB

A: That was something that we had to continue to refine. We made a determination early on that everyone’s accents should mirror where they are on their scale of revolution. So, the people siding with the British have a flatter, more west-country accent, and Abe has a rough, Irish accent. Caleb Brewster’s is the most American because he’s even more rebellious.

A: We all write Simcoe, but one of the main people I’ll credit with Simcoe is Samuel Roukin, who plays him. A little-known fact is that Simcoe died in our original pilot. He got shot in the face by Caleb. After we got picked up to series, there was a movement to bring the character back. The character didn’t die in real life at that point, so it was so satisfying to make that call to Sam and say, “You literally acted your way back to life.” He plays such a smart and conniving, brutal a–hole. [Laughs]

Read an interview with Burn Gorman, who plays Major Hewlett >>