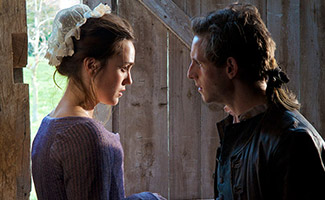 This week, TheWrap checks out some new photos from TURN: Washington’s Spies, while Monsters & Critics declares itself excited for the series. Plus, Business Insider provides viewers a rundown of what to expect from the show. Read on for more:

• Monsters & Critics thinks the TURN: Washington’s Spies preview was one of the most “exciting” at the Television Critics’ Association meeting earlier this year.

• Business Insider checks out TURN: Washington’s Spies and shares everything there is to know about the new series, which debuts Apr. 6.

• Craig Silverstein tells the Richmond Navigator that TURN: Washington’s Spies “shows that spying was in our DNA. It turned the tide of the war. Without it, we wouldn’t have won.”

• The Hopewell (Va.) News & Patriot takes a look at Central Virginia’s role in TURN: Washington’s Spies, including Craig Silverstein’s declaration regarding Richmond, “It just seems like we had it all right here.”

• We Got This Covered is excited for TURN: Washington’s Spies and observes that AMC’s “track record is exceptional, and Jamie Bell is certainly one of Hollywood’s most underrated actors.”