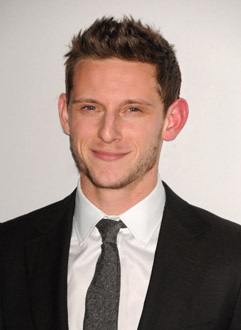 Jamie Bell (Billy Elliot, The Adventures of Tintin) has been cast as “Abraham Woodhull” in AMC’s drama pilot, TURN. Husband to Mary and father to their young son, Abe is a cabbage farmer living in the small town of Setauket, Long Island. Hard working and intent on paying back any debts, Abe smuggles his cabbage crop on the black market, where he is captured by Colonials. Pressed into spying for the Patriot cause, he bands together with a group of childhood friends to form The Culper Ring, an unlikely group of spies who turn the tide in America’s fight for independence.

Set in the summer of 1778, TURN is based on the book Washington’s Spies by Alexander Rose. From AMC Studios, TURN is written by showrunner Craig Silverstein (Nikita) and executive produced by Barry Josephson (Bones, Enchanted) from Josephson Entertainment.