The producers of The Walking Dead manage to stay true to Robert Kirkman’s comic while adding twists, characters and worlds of their own to keep fans of the comics guessing. Never has this been more true than in Season 7.

Those who aren’t devotees of the inked version of The Walking Dead may have missed the comic origins of some of Season 7’s most shocking moments and compelling new characters and locales. Take a look below at how the new world of Season 7 mirrors that of the comic… 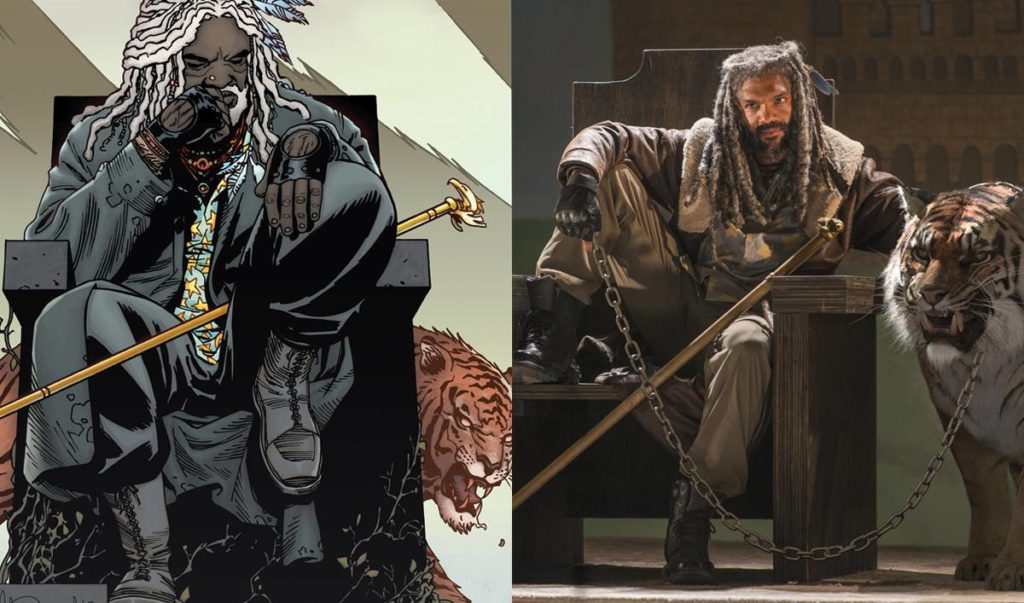 1. An Audience With Ezekiel

Ezekiel’s dramatic introduction is pulled straight off the page. He sits in his throne, tiger at his side, ruling the Kingdom. The show stays true to Shiva’s backstory as a zoo tiger who formed a close bond with Ezekiel when he saved her life. 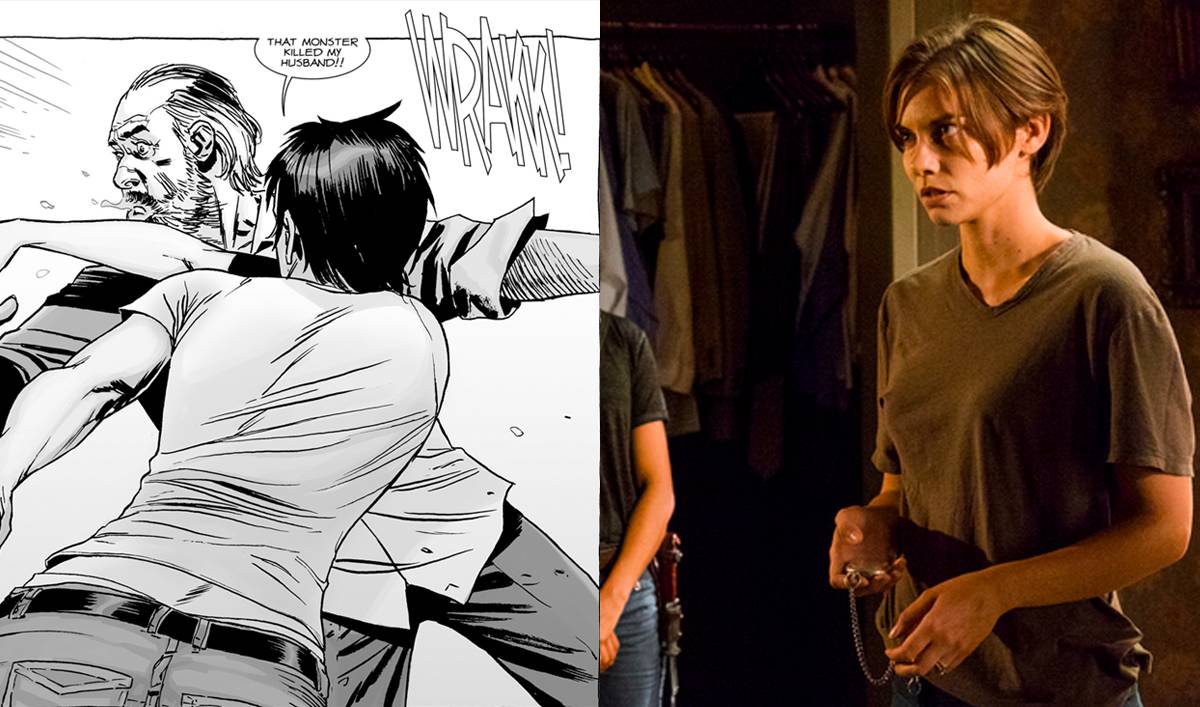 Maggie slugging Gregory remains one of the most satisfying moments from Season 7 and it happened both on the page and the screen. While her motivations vary — in the comic he says Negan is reasonable, in the show he steals Glenn’s watch — you can’t blame her in either case. 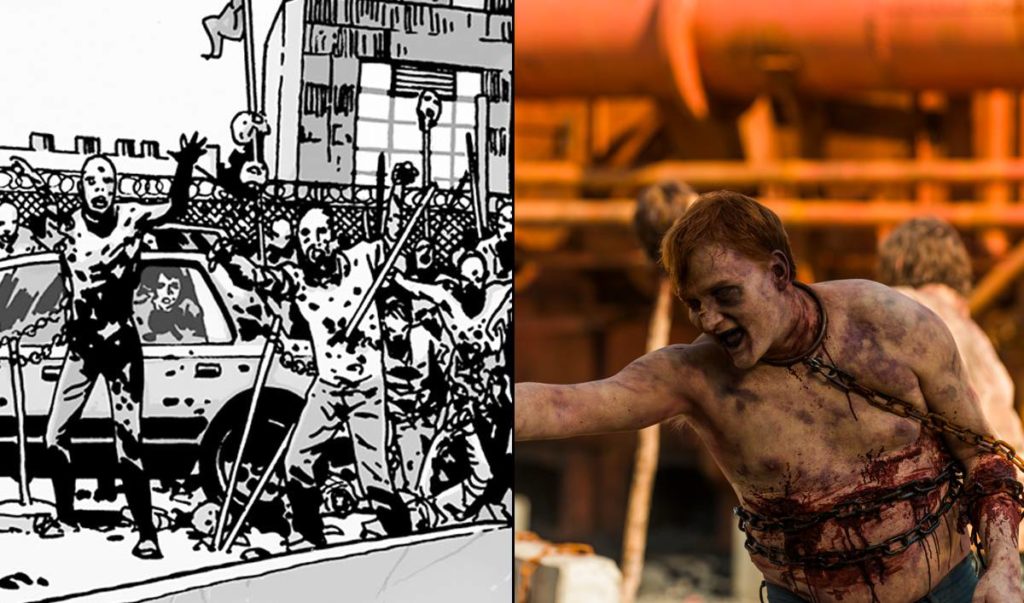 The vision for the Sanctuary’s undead barricade came straight from the comics, complete with impaled heads and a horde of chained walkers. The dead ingeniously serve to deter enemies from attacking the Sanctuary by limiting the entrances, while also masking the fortress from walkers.

WATCH: Get an Up-Close Look at the Sanctuary.