Actor Josh McDermitt, who plays Dr. Eugene Porter on AMC’s The Walking Dead, talks about modeling his character on a close family member and the secret truth about his mullet.

Q: This is your first season on the show. What about The Walking Dead appealed to you?

A: The Walking Dead was my favorite show before I even auditioned for it. That’s every actor’s dream, to be on a show that they’re a fan of. It’s just dark, and as a comedian I’m drawn to dark things.

Q: Is there room for comedy in the apocalypse?

A: I think there can be some humor, but it needs to be subtle. I’m not sure that’s what draws people to a show like The Walking Dead. I talked to some of the writers about this, because one of them came up to me after a scene and was like, “Oh my god, that was so funny.” And I was scared! I’m not trying to make it funny. She was like, “No, no, no. It’s great. It works.” So as long as it’s grounded and it’s real, there’s a little room for it.

Q: Have you ever known anyone like Eugene before? Is there anyone that he reminds you of?

A: I definitely know people who are like Eugene; if they don’t know something, you’ll never know that they don’t know it. In fact, I’m hesitant to say this because it will make him upset, but I’m pretty much doing an impression of my little brother when I do Eugene. He’s dry, he doesn’t show any emotion, and you’re thinking, “Man, this guy’s an asshole.” Well, he’s a sweet guy, my brother. But he also will BS his way through anything. He convinces people he’s Russian all the time, and he went out and learned a lot of Russian to be able to speak to people so that he could back up this claim. And look, my brother and I are cut from the same cloth. So it was very easy to identify with Eugene. 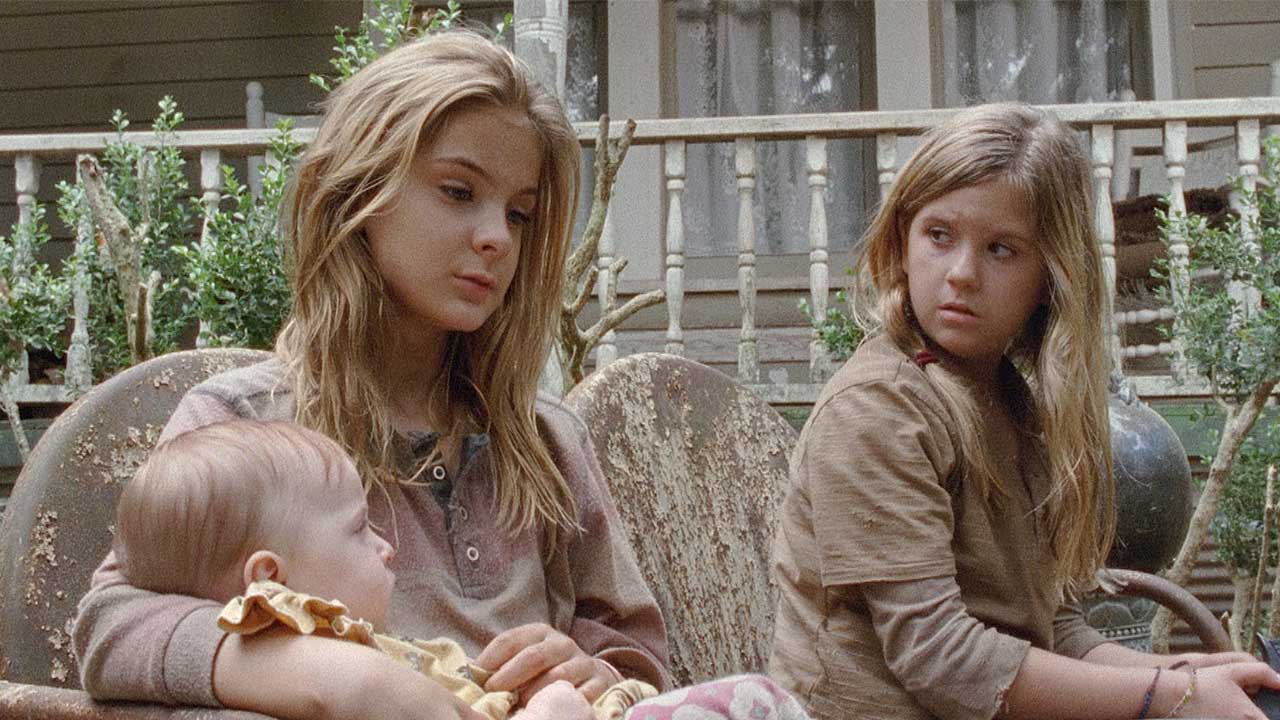 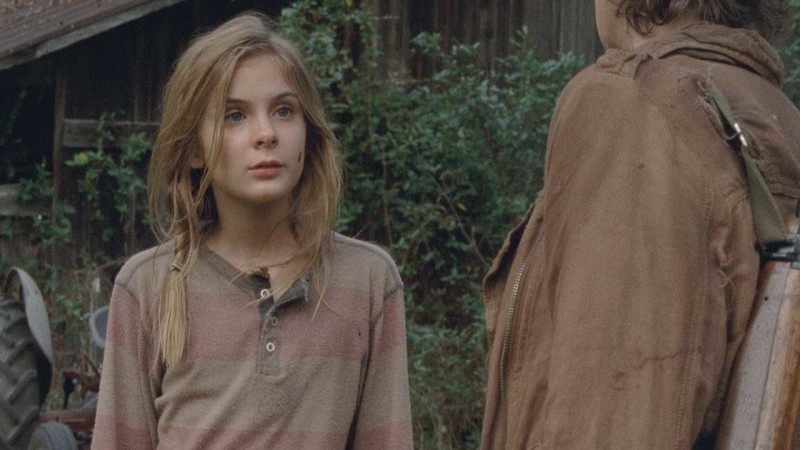 (SPOILERS) Talked About Scene: Episode 414: The Walking Dead: The Grove 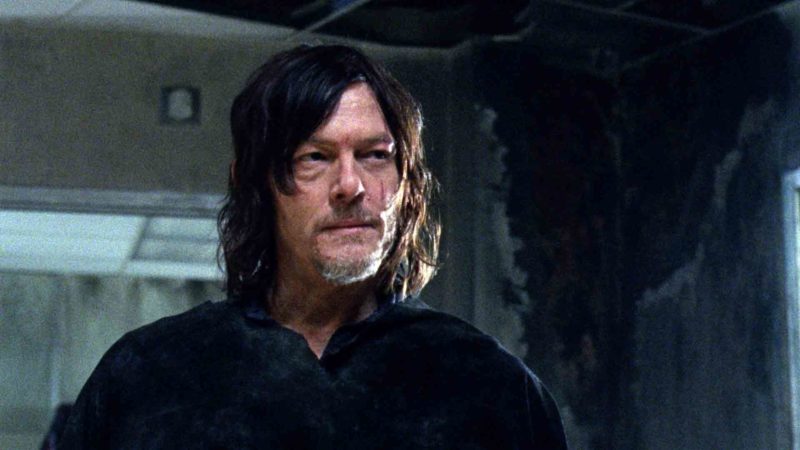 As the Whisperers come for them, Daryl, Carol and the survivors aren’t planning on going down without a fight. 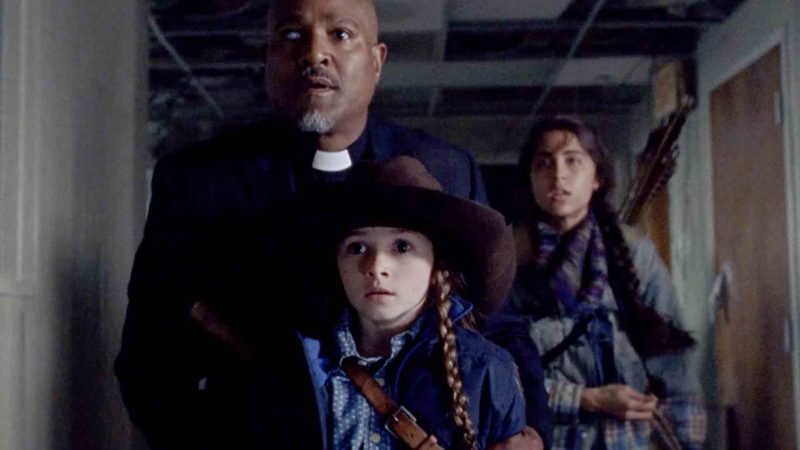 The wait for the final showdown of the Whisperer War is over.

VIDEO: Inside The Walking Dead Episode 414, “The Grove”

Q: Eugene’s mullet has become a defining character trait. Are you as connected to it as the fans?

A: I feel like Samson when I don’t have my mullet in — like I’ve lost all my power. Once it clips in, man, it’s like I’m back. People have to respect the mullet. On set, we all joke about it. The hair people, they call it the “Mullet of Life.” And every once and a while the mullet takes on a life of its own and it will bite you. If you’re walking too close to the mullet, and like eating a sandwich, the mullet will try and take a bite of your sandwich. It has its own mind.

Q: Is that a style you’d be comfortable wearing on your own?

A: When I showed up to work I had blonde hair and I had a lot of it. So they cut it into a flattop and left whatever hair I had in the back to clip extensions to. I was so embarrassed by this haircut. When you take the extensions out, I just look like I got a bad haircut somewhere and I never fixed it. They were taking us back to the hotel one day after we were shooting and I asked if we could swing by Wal-Mart to pick up a hat. I walked in and there were like three or four people with the same haircut. I’m like, “What am I doing trying to cover this up in Georgia?” I started to embrace it. I still get weird looks every once in a while, but once the mullet’s in, you can’t even tell.

Q: Who’s the funniest person on set besides yourself?

A: Steven and I really get along, and we tend to make each other laugh. One person I haven’t worked with yet, who I find hilarious, is Chad Coleman. I can’t even describe what it is. We were having dinner the other night, and he’s just like Tyreese. He’s just a big monster of a man, drinking this small, little cappuccino and it’s a thimble in his hands. He was just being fun and I was laughing so hard at everything he was saying. Michael Cudlitz makes me laugh, too. We spent a lot of time together living in a hotel. I kind of feel like he’s me in fifteen years. Every time he says something, I agree. The more you’re around him the more he cracks you up. We spend all our time together. Where we shoot, there’s like 90 miles of golf cart paths, so we just take walks and talk.

Click here to read an interview with Lawrence Gilliard Jr., who plays Bob Stookey on AMC’s The Walking Dead.