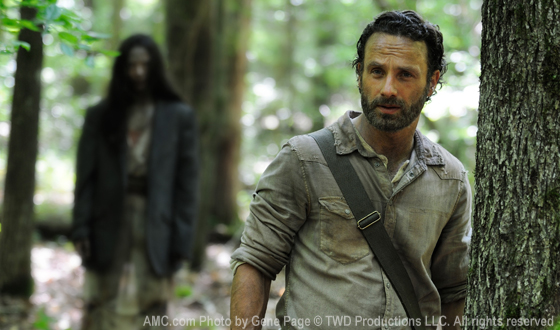 The cast and producers of AMC’s The Walking Dead will participate in an hour-long panel at this year’s Comic-Con in San Diego, CA. Moderated by Talking Dead host Chris Hardwick, The Walking Dead panelists will discuss what fans can expect in the highly anticipated fourth season, which debuts in October.

In addition, fans this year are invited to participate in the second annual The Walking Dead Escape, a zombie obstacle course at Petco Park during Comic-Con weekend. The course is open Jul. 19 & 20 from 5PM to 10PM PT and allows survivors to climb, crawl and slide as part of the adventure and to also avoid confrontation by hordes of walkers.