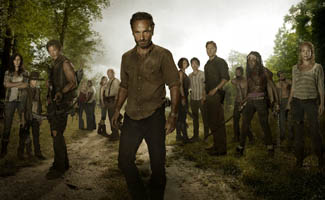 Today the Television Critics Association announced its nominees for the 2013
TCA Awards, and The Walking Dead was honored with a nod in the Program of the Year category.

In the Program of the Year category, The Walking Dead and Breaking Bad face formidable competiton: FX’s The Americans, HBO’s Game of Thrones and Netflix’s House of Cards are also nominated.

The awards will be presented Sat., Aug. 3 during the TCA summer press tour.