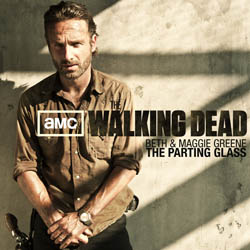 AMC’s The Walking Dead, the number one drama series in basic cable history for Adults 18-49 and Adults 25-54, returns for its third season Oct. 14 with 16 episodes. Based on the comic book series written by Robert Kirkman, the series garnered a 2010 Golden Globe® nomination for Best Television Series – Drama and won the 2011 Emmy® Award for Outstanding Prosthetic Make-Up. The Walking Dead tells the story of the months and years that follow after a zombie apocalypse. It follows a group of survivors, led by police officer Rick Grimes, played by Andrew Lincoln, who travel in search of a safe and secure home. The series also stars Sarah Wayne Callies, Laurie Holden, Norman Reedus, Steven Yeun, Chandler Riggs, Scott Wilson, Lauren Cohan, Danai Gurira and David Morrissey. Season 3 of The Walking Dead is executive produced by showrunner Glen Mazzara, Kirkman, Gale Anne Hurd and David Alpert and co-executive produced by Greg Nicotero.

About AMC
AMC reigns as the only cable network in history to ever win the Emmy® Award for Outstanding Drama Series four years in a row, as well as the Golden Globe® Award for Best Television Series – Drama for three consecutive years. Whether commemorating favorite films from every genre and decade or creating acclaimed original programming, the AMC experience is an uncompromising celebration of great stories. AMC’s original stories include Mad Men, Breaking Bad, The Walking Dead and Hell on Wheels. AMC further demonstrates its commitment to the art of storytelling with its slate of unscripted original series, as well as curated movie franchises like AMC’s Can’t Get Enough and AMC’s Crazy About. Available in more than 97 million homes (Source: Nielsen Media Research), AMC is owned and operated by AMC Networks Inc. and its sister networks include IFC, Sundance Channel and WE tv. AMC is available across all platforms, including on-air, online, on demand and mobile. AMC: Story Matters Here.

About Republic Records
A division of Universal Music Group, the world’s leading music company, Republic is home to an all-star roster of multi-platinum, award-winning legends and superstar artists such as 3 Doors Down, Amy Winehouse, Black Sabbath, Colbie Caillat, Eddie Vedder, Enrique Iglesias, Florence + the Machine, Godsmack, Owl City, The Voice (NBC-TV), Gotye, Of Monsters & Men, Mayer Hawthorne, among many others.