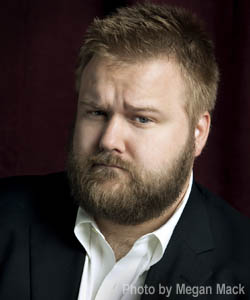 Today Spike TV’s All Access Live announced its nominees for the 2012 Game Changer of the Year Award, and The Walking Dead comic creator and TV series executive Producer Robert Kirkman has been nominated. The award — which honors revolutionary work done in the comics, movies and scifi industries — will be voted on by fans and presented during an event at this year’s San Diego Comic-Con.

But it’s your vote that will determine the winner. So log on to Spike.com and vote for Robert Kirkman now.