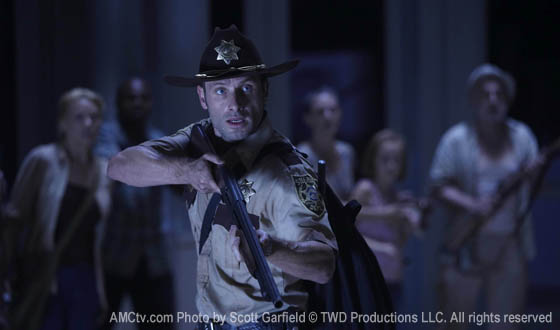 What’s better than an all-new episode of The Walking Dead? How about an all-new episode preceded by five-and-a-half hours of all the previous ones? That’s right: On Sun., Dec. 5 starting at 4:30/3:30c, AMC will air the entire first season of The Walking Dead, culminating with the Season Finale at 10/9c. If you haven’t yet seen what Entertainment Weekly is calling the “Best New Show on TV,” here’s your chance to see the show in full in one sitting. (And if you’ve been following the series from the start, you know you’ll want to relive every undead moment.)

The shootout that leads to Rick’s coma, the hordes of walkers in Atlanta, the abandonment of Merle, the undead attack at the camp, the survivors’ treacherous journey to the CDC… It’s all happening on Sun., Dec. 5 at 4:30/3:30c, followed immediately by the Season Finale at 10/9c.

Click here to see a sneak peek of the Season Finale.