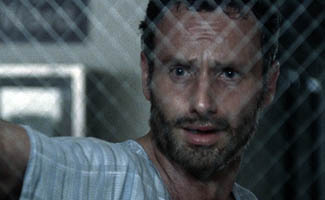 What is The Walking Dead about? Zombies, right? Sure, but as Executive Producers Frank Darabont, Gale Anne Hurd, Robert Kirkman and the cast explain in this new behind-the-scenes video, The Walking Dead is first and foremost a television series about people trying to survive: “The zombies are the frosting on the cake,” Darabont explains. “The main meal are these characters that we get tremendously invested in.”

Check out the video to see reflections on The Walking Dead‘s themes from the crew as well as Andrew Lincoln, Sarah Wayne Callies, Jon Bernthal, Laurie Holden and Steven Yeun. If you haven’t already, mark your calendar: The special 90-minute pilot episode premieres on Halloween night, Sun., Oct. 31 at 10/9c.