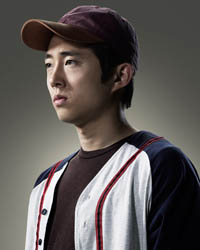 Image Comics is pleased to announce that Steven Yeun, who plays Glenn in AMC’s The Walking Dead, will be joining them for an exclusive appearance during Long Beach Comic-Con 2010. Appearing Sun., Oct. 31 only, Yeun will be signing at the Image Comics booth from 12:00 p.m. to 2:00 p.m. “Thanks for having me!” Yeun said of the upcoming event. “I’m totally stoked to be signing at the Image booth and to meet all of The Walking Dead fans. It’s gonna be a blast!”