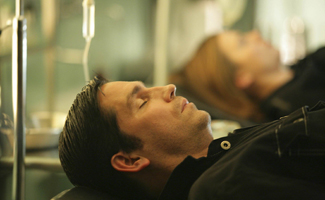 The Academy of Science Fiction, Fantasy & Horror Films has announced the nominations for the 36th Annual Saturn Awards with AMC’s The Prisoner receiving one in the category of Best Television Presentation. The Prisoner is up against Alice (SyFy), Doctor Who: The End of Time (BBC America), Torchwood: Children of Earth (BBC America), The Tudors (Showtime), and V (ABC). Winners will be announced on Thu., Jun. 24.

The Academy of Science Fiction, Fantasy & Horror began in 1972 as a non-profit organization honoring films in genre categories, which were often overlooked by the Academy and other mainstream organizations. The Saturn Awards have expanded over the years to include TV as well as categories such as action, adventure, and thriller.