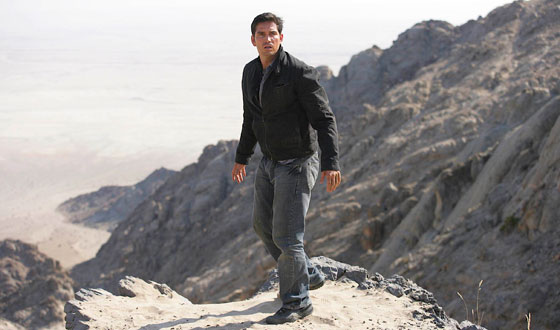 Leading in to the highly-anticipated miniseries debut will be The Matrix Revolutions (2003), beginning at 5PM ET | PT, part of an all-day airing of The Matrix trilogy starring Keanu Reeves and Laurence Fishburne.

Fans can watch all seventeen episodes of the original 1960s The Prisoner in full screen on www.amc.com. Each episode of AMC’s miniseries will also be available On Demand the day following the linear premiere with select cable operators.

The Prisoner tells the story of a man, Six (Caviezel), who wakes up to find himself inexplicably trapped in a mysterious and surreal place, The Village, with no memory of how he arrived. As he frantically explores his new environment, he discovers that Village residents are identified by number, have no memory of any prior existence, and are under constant surveillance. The Village is controlled by one man — the sinister and charismatic Two (McKellen). Throughout the series, Six and Two are locked in a battle of wits, as Six challenges the oppressive nature of The Village and struggles to learn the truth behind it.

The Prisoner is AMC’s second original mini-series and combines a wide range of genres, including espionage, thriller and scifi, into a unique and compelling drama. The miniseries stars Jim Caviezel in the title role of Six; two-time Oscar nominee Ian McKellen as Two; Ruth Wilson in the role of 313; Hayley Atwell as 4-15; Jamie Campbell-Bower as Two’s son, 11-12; and Lennie James as 147.

AMC co-produced The Prisoner with UK producer Granada and ITV. Granada International will distribute the series worldwide. Produced by Trevor Hopkins, and executive produced by Michele Buck, Damien Timmer and Rebecca Keane for ITV, the mini-series is written by Bill Gallagher and directed by Nick Hurran.