Big Brother paranoia was uniquely expressed not only in The Prisoner series but also in its marketing designs. The above poster features the show’s signature icon, the Penny-Farthing bicycle, which came to embody the idea of oppressive nostalgia. Seemingly quaint, it’s also antithetical to all the technological advances of the modern world. Escape on this two-wheeler? Unlikely. 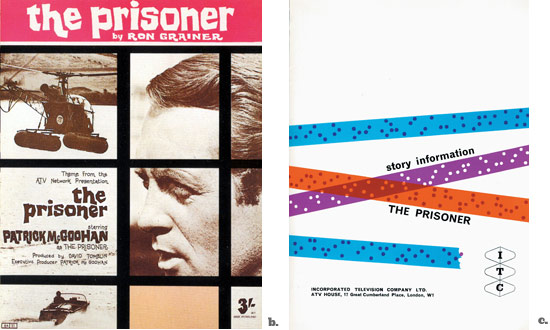 The promotional material at left (for composer Ron Grainer’s soundtrack recording) similarly toys with some of the show’s thematic concerns: a headshot of No. 6 and smaller images of escape are divided into a grid that suggests both a panel of surveillance monitors and prison bars. At right, the third poster uses streams of coded computer readout as its primary symbol with one strip apparently broken and the accompanying text — “Story Information” — mysteriously unexplained. 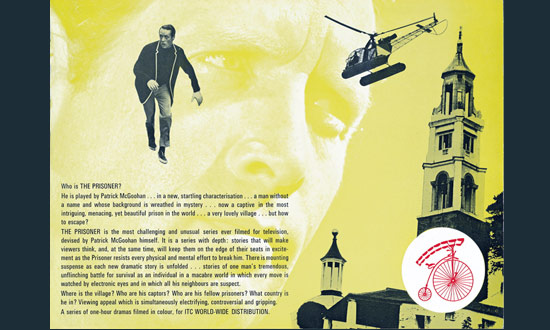 This final poster once served as an introduction to the show and its star Patrick McGoohan. The colors, composition, and collage-like presentation recall Russian propaganda from the 1930s (not a period known for freedom).