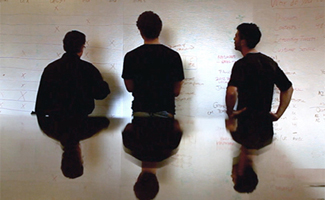 Today the Broadcast Television Journalists Association announced their nominees for the second annual Critics’ Choice Television Awards, and AMC’s The Pitch was honored with a nomination in the Best Reality Series – Competition category.

The nomination is one of 11 picked up by AMC this year, with Breaking Bad and Mad Men each picking up five nods across categories like Best Drama Series and Best Actor in a Drama Series.

For the Reality Series award, The Pitch will compete with ABC’ Shark Tank, FOX’s So You Think You Can Dance, NBC’s The Voice, FOOD’s Chopped and CBS’s The Amazing Race.

Don’t miss the Season Finale of AMC’s The Pitch this Sunday at 11/10c.