Today, AMC announced that the new eight-part mini-series, The Making of The Mob: New York, will premiere Monday, June 15 at 10/9c. AMC also released the official Season 1 poster (see below).

The Making of the Mob: New York will follow the rise of Charles “Lucky” Luciano, Meyer Lansky, Benjamin “Bugsy” Siegel and other notorious gangsters from their beginnings as a neighborhood gang of teenagers to murderous entrepreneurs and bootleggers who turned the Mafia into an American institution.

The series will be narrated by none other than Emmy® Award-winning actor Ray Liotta, and executive produced by Emmy® Award-winning Stephen David Entertainment, the creative mind behind other captivating docu-series like The World Wars and The Men Who Built America.

Does this sounds like an offer you can’t refuse? Tune in to the premiere of The Making of the Mob: New York on Monday, June 15th at 10/9c. 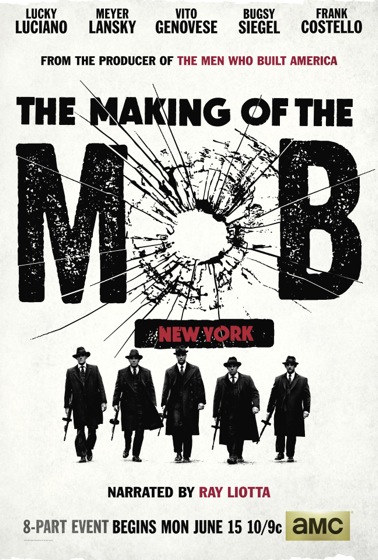 A Former Kingpin of the Outfit Returns to Chicago

Full Episode – The Future of the Mob Is Threatened by a Young Robert F. Kennedy