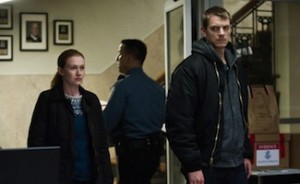 This week, a film starring Mireille Enos will debut at the Toronto International Film Festival, while Elias Koteas books a TV role. Plus, Enos talks about working on The Killing shortly after giving birth. Read on for more:

• According to The Hollywood Reporter, Elias Koteas has been tapped to join NBC’s Chicago PD as a series regular.

• Ahead of The Killing’s debut on India’s FX channel, Mireille Enos speaks to Business Standard about the challenges of shooting the show just after giving birth to her daughter.