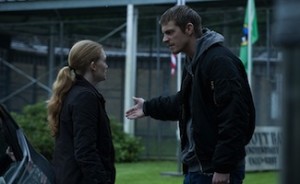 This week, The Hollywood Reporter names Bex Taylor-Klaus the “next big thing.” Plus, films starring Peter Sarsgaard and Amy Seimetz head to the Venice Film Festival. Read on for more:

• The Hollywood Reporter anoints Bex Taylor-Klaus the “Next Big Thing” on the strength of the “widespread acclaim” she earned for playing Bullet. [No Link]

• France 24 reports that Night Moves, a film starring Peter Sarsgaard, will also be screened at the Venice Film Festival this week.

• According to Entertainment Weekly, The Sacrament, featuring Amy Seimetz, will debut at the Venice Film Festival next week.