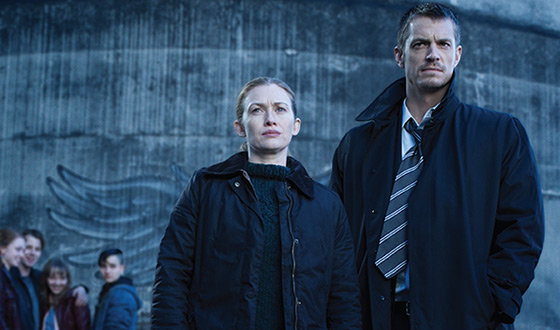 A great way to go deeper into The Killing‘s third season is to check out AMC’s online interviews with the cast. Below is a sampling of what the actors had to say about their characters. Click on their names to read the full interview.

“She’s willing to put the importance of the case above herself.” – Mireille Enos (Sarah Linden)

“With someone like Danette, you’re digging up some dark stuff.” – Amy Seimetz (Danette Leeds)

“Bullet knows who she is and can accept herself for it, even if others can’t or won’t.” – Bex Taylor-Klaus (Bullet)

“I admire that no matter what, Lyric is believing and hoping and having faith in a better future.” – Julia Sarah Stone (Lyric)

“I think Twitch’s mind is in the right place, but I think maybe too much is resting on his ego.” – Max Fowler (Twitch)

“There’s a triangle between Reddick, Holder and Linden filled with love, hate, jealousy and everything in between.” – Gregg Henry (Carl Reddick)

“If it were up to Becker, he would reach through those bars and kill Seward himself, but there’s still a little bit of humanity there.” – Hugh Dillon (Francis Becker)

“Henderson is guarding the worst of the worst, and he doesn’t understand the head games.” – Aaron Douglas (Evan Henderson)

“Pastor Mike is trying to be compassionate in a system that doesn’t really allow it.” – Ben Cotton (Pastor Mike)