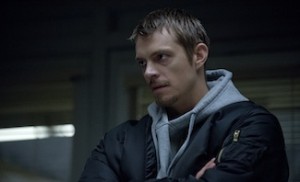 This week, Vanity Fair praises The Killing, and Stephen Holder is Esquire‘s favorite TV character. Plus, Joel Kinnaman chats with The Huffington Post. Read on for more:

• Vanity Fair‘s positive review applauds The Killing for casting “a visual-aural spell, and I’m finding the trance strengthening as the season goes on.”

• Speaking with The Huffington Post, Joel Kinnaman discloses he didn’t know The Killing was a remake, saying, “We’re leaving the Danish show behind. I really feel we’re coming into our own now.”