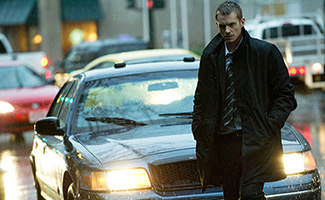 This week, Complex calls the show’s pilot one of the all-time best, while The Killing is included in Rolling Stone‘s summer TV preview. Plus, CarterMatt takes a look ahead at the show’s Season 3 premiere. Read on for more:

• Complex names The Killing to its list of the 50 best TV pilots of all time, calling the first episode “psychologically rich.”

• Rolling Stone puts the The Killing on its summer TV preview list, noting Peter Sarsgaard’s addition to the Season 3 cast.

• ScreenCrush offers up the latest Season 3 trailer, observing it “kicks the action up a notch, and adds a much more personal touch to the investigation through Linden’s oft-discussed past.”

• CarterMatt previews The Killing‘s June 2 return, surmising that the drama “could be the surprise of the summer.”

• Hugh Dillon, a new member of the Season 3 cast, talks to Zap2it about his previous show, Flashpoint.