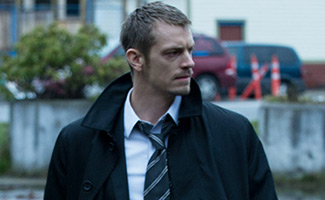 This week, The Hollywood Reporter goes behind the scenes of The Killing Season 3, and TV Guide profiles Sarah Linden. Plus, New York salutes The Killing‘s storytelling style. Read on for more:

• “The Killing is back on the case,” says The Hollywood Reporter, as it debuts a behind-the-scenes look at Season 3.

• TV Guide presents a video profile of Sarah Linden that offers a peek at Linden’s happier, healthier life one year after fans last saw her.

• New York salutesThe Killing and its “hypnotic minimalist nightmare” storytelling style in their arguement that TV is very much a director’s medium.

• Bloody Disgusting has some new photos of Joel Kinnaman as the title character in the RoboCop remake.