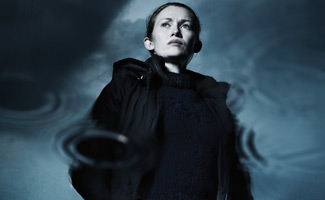 News of The Killing‘s revival, as well as of The Killing‘s Season 3 premiere date, recently made headlines in numerous publications. Plus, coverage of Season 3 casting announcements, including Peter Sarsgaard, who Entertainment Weekly calls “a big hire.” Read on for more:

• According to The Hollywood Reporter, Netflix’s U.S. and Canadian streaming members will be able to watch Season 3 three months after it airs in the United States. KQED urges viewers to make a “commitment to the best crime show on TV” by catching up on The Killing‘s first two seasons with Netflix.

• AMC President Charlie Collier talks to Bloomberg Businessweek about bringing The Killing back to life.

• AMC Networks CEO Josh Sapan tells The Hollywood Reporter that The Killing was revived because AMC “loved the show and the characters.”

• In more casting news, The Killing has cast Benjamin Charles Watson as a recurring character in Season 3, appearing in at least four episodes, according to The Hollywood Reporter.

• According to The Hollywood Reporter, Elias Koteas will join the drama as a series regular, playing the role of Sarah Linden’s former partner. A.V. Club, Deadline, The Huffington Post, Indiewire, New York, Screen Crush, TV Fanatic and TV Guide all picked up the news as well.

• Deadline and The Hollywood Reporter report on the casting of Max Fowler and Bex Taylor-Klaus as Season 3 series regulars.

• According to TVLine, Amy Seimetz will also be part of Season 3 as a regular cast member.

• Deadline reports that Gregg Henry will appear in Season 3 of The Killing as the partner of Joel Kinnaman’s Holder.

• Deadline announces that Hugh Dillon and Aaron Douglas have joined the Season 3 cast. Dillon talks to Quebec’s Canoe about his new gig.