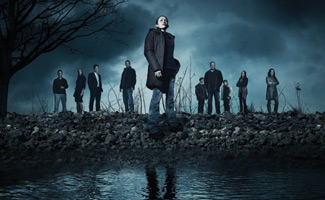 This week, The New York Times names The Killing one of their favorite TV shows of 2012. Plus, the Chicago Sun-Times deems the killer’s confession in the Season 2 finale one of the top TV moments of the year. Read on for more:

• The New York Times includes The Killing on a list of their ten favorite shows of 2012, hailing the second season as “terrific, with some wonderfully suspenseful, well-paced episodes.”

• The killer’s confession in the Season 2 finale of The Killing, alternately “chilling” and “heartbreaking,” is a top TV moment of the year for the Chicago Sun-Times. (No link)

• The Orange County Register calls The Killing “TV’s darkest show, in so many ways — and I mean that as a compliment” while naming it as one of their top shows of 2012. (No link)

• The Killing is on the Calgary Herald‘s 2012 top 10 list, in which they hail the show as a “TV murder mystery that made us care about the victim for once.”